The guidance entitled ‘S28 Cyber crime: overview and sources of support’ provides information without jargon on the threats being faced by business and looks at the typical impacts seen.

They are the latest in a growing list of familiar retail names to have had their security breached.  The breach came to light following the detection of fraud patterns across the North Eastern United States.
A statement issued by the company has confirmed reports in a statement saying “Staples is in the process of investigating a potential issue involving credit card data and has contacted law enforcement.”

Researchers from Google have announced the discovery of another major flaw in Web Security.

It has been called POODLE and follows hot on the heels of Bash and Heartbleed.

The vulnerability is rooted in SSL v3.0 that is used as part of the security framework used for encryption across the Internet.

Future Learn has launched 3 new free cyber security online training courses, funded by the National Cyber Security Programme.
The courses are aimed at all levels, from young people through to existing employees, and represent an excellent opportunity to develop skills in the IA arena.

Digital Economy Minister Ed Vaizey has announced a new free online training course to help members of the legal and accountancy professions develop the skills they need to protect themselves and their clients from cyber-attacks.
Developed by government and industry, the on-line training will also enable lawyers and accountants to advise their clients on the cyber risks to their business. This will help UK businesses protect themselves from information breaches and other threats that could potentially cost them millions of pounds.

Reports have been confirmed that over four billion records from 500 million addresses have been stolen by by a Russian group.  From buying a set of stolen details on a Dark Web Site the gang was able to install malware on systems using both social media and email exploits. These infected systems were then used to expand the theft as their botnet grew through SQL injection attacks and other vulnerabilities enabling them to steal more data from more websites. 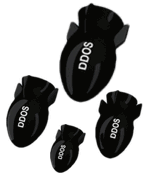 Hackers, criminal gangs and political activists are specifically targeting energy firms for financial and political reasons using increasingly sophisticated methods.
This is the conclusion of research from Marsh entitled "Advanced Cyber Attacks on Global Energy Facilities" that shows the energy sector is being disproportionately targeted for attack.