Interesting Video clip covering the consequences and fallout from the Sony Hack as featured on FortuneLive.

Robert Herjavec makes it clear that the cost and impact goes far beyond Sony and signposts the way to both major change in markets, particularly insurance. He predicts board level and government focus sharpening and that the frequency and severity is getting worse and worse.

He goes on to point out that in his experience most companies can't show their insurers that they had good measures in place to protect themselves before a breach.

Robert adds that when it comes to more serious cyber breaches he thinks we are close to a major incident that will cause widespread disruption to national infrastructure and perhaps even cause loss of life. 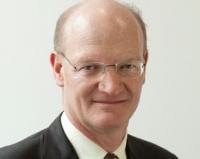 David Willetts, Minister for Universities & Science, has launched a new guide from the ICAEW giving practical advice to the corporate finance sector, with Government and industry backing.

The guide urges companies to make cyber-security a higher priority during transactions.